BLENDED AND BOTTLED IN
WINTERS CALIFORNIA
BY PATIO29 SPIRITS COMPANY 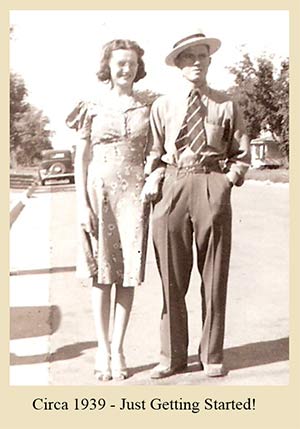 Bud Harmon married Betty Carpenter in 1938 and together they owned and operated grocery stores and restaurants, and raised a family of seven children, in their hometown of McCook Nebraska. When wartime shortages made certain items hard to get, Bud began to develop and manufacture his own products — detergents, salad dressings, syrups, pie fillings, and biscuit and pancake mixes. This let to the launch of Harmon’s Restaurant Supply Co. – a restaurant supply business. The business was later renamed to Harmon’s Grain Products, Inc.
Bud was an inventor and problem solver; he would tirelessly listen to customers and dream up new inventions and products that he could sell them and others.

Examples included liquid malt, liquid sun tea and a tobaccoless chew made from the discarded tea leaves. In the 1950’s Bud came up with the idea of dipping the lowly toothpick into a mixture of cinnamon flavoring to help curb appetites and smoking urges. Soon other flavors were added, and Harmon’s Flavored Hot-Pix became a well-known national brand. 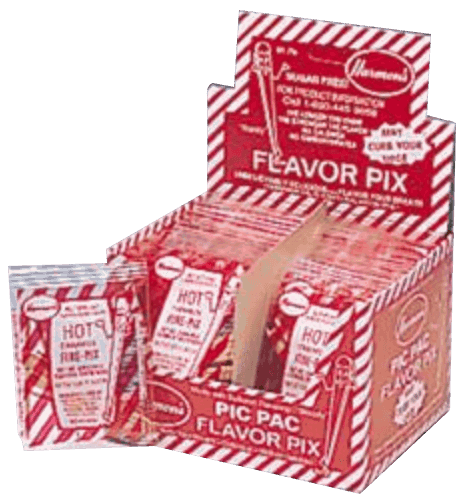 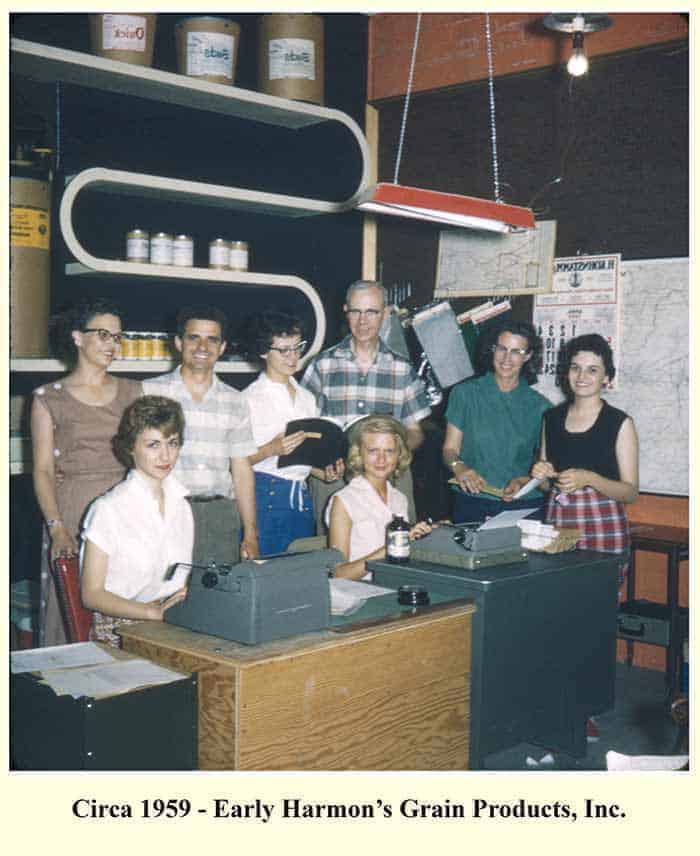 As the oldest son of Bud and Betty Harmon’s oldest daughter Linda, Jeff Boone had always dreamed of a family business that would resurrect the old brand and honor his grandparents. It was during a nice evening on the patio with his wife Anita and their two sons, Adam and Eric, that the idea for a California craft distillery business started. It took a few years of hard work, but in 2016 Patio29 Spirits Company was launched with a plan for a line-up of flavored whiskeys under the old Harmon’s brand. 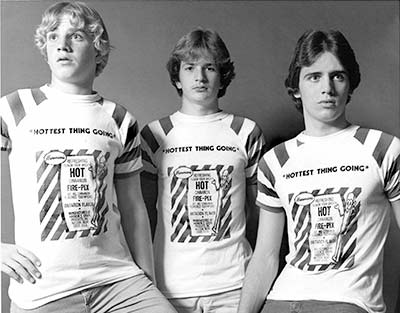 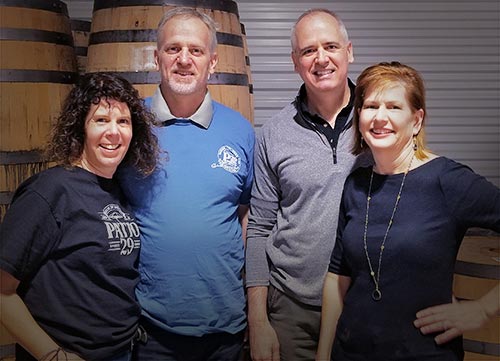 Jeff’s brother Brian, along with his wife Anna, joined on as financial partners. Brother Scott was poised to help with marketing products in the Mid-West where the original flavored toothpick products were manufactured. It all seemed fitting that Bud and Betty’s oldest grandchildren would continue the legacy of those well-loved Harmon’s products in a line-up of flavored whiskeys.
Harmon’s Hot Pix Flavored Whiskeys are ready-to-drink whiskey cocktails in a bottle. Unlike some other flavored whiskeys on the market, the focus is the whiskey… premium American Straight Whiskeys. These are blended together along with subtle natural flavoring and a small bit of natural cane sugar, and then bottled at 70 proof. 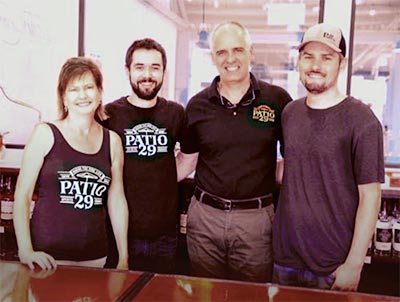